Fitting in and Getting On: Exploring the Challenges and Opportunities of an Education and Scholarship career pathway 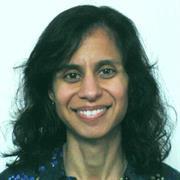 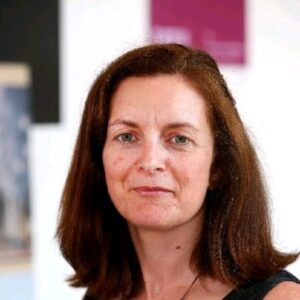 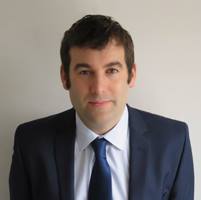 Paven Basuita is a Lecturer in Law (Education and Scholarship) and a Non-Practising solicitor. She joined the University of Sussex in 2019 from BPP Law School. Paven runs the Client Interviewing Skills programme with Jeanette Ashton.

Jeanette Ashton is a Lecturer in Law (Education and Scholarship) and a Non-Practising solicitor, having joined the University of Sussex after 8 years at Brighton University. She is Employability lead for the Law School, leads the Client Interviewing skills programme and co-leads the CLOCK legal companion scheme and peer mediation clinic.

Kieran Durcan is a Senior Lecturer in Law (Education and Scholarship). He is the Education Lead, LLB Convenor and Placement Convenor within the Law School.

Cross-posted with permission from University of Sussex Dare to Transform.

Starting a new job is exciting – especially being recruited to join a well-established institution like the University of Sussex (‘Sussex’). This is the position in which we found ourselves in 2019 when we were recruited to join Sussex Law School on the, relatively new, Education and Scholarship (E&S) career pathway. We each had experience of teaching, enhancing the student experience and leadership from our previous institutions and had all worked in legal practice. We did not, however, come from research backgrounds or have a focus on disciplinary research (Locke et al, 2015). The new career pathway was appealing because it seemed to offer a way for people like us to succeed and be recognised.

On joining Sussex, we became aware that being on an E&S contract was not straightforward. There was a lack of clarity about what we were expected to do in order to meet the requirements of our roles, including what was expected to pass probation and to achieve promotion. It was not clear what ‘scholarship’ meant and what it included (and excluded). Despite being aware that teaching-focused lectureship roles were on the rise in UK Higher Education (UKHE) (UCEA Higher Education Workforce Report, 2019), we did sometimes wonder whether we really ‘belonged’ at a research-intensive institution like Sussex.

Our experience prompted us to design a research project to explore the following issues:

We chose a mixed-method sampling approach, deciding to explore these issues by analysing the ‘law lecturer’ jobs advertised on jobs.ac.uk and by conducting empirical research through a focus group with colleagues at the Law School (Denscombe, 2007).  Whereas a 2020 BAM paper had focused on these roles from the perspective of Deans of UK HE Business and Management schools, we wanted to focus on the picture in legal education, and to gain an ‘on the ground’ insight.

Survey of the UKHE Job Market

Our survey involved identifying and analysing all the ‘law lecturer’ roles advertised (below professor level) in the UKHE job market as at 20 February 2020. The survey covered 24 UK institutions including Russell group, non-Russell group pre-1992 institutions and post-1992 institutions, with several having more than one post available. We wanted to ascertain the clarity of the roles and whether the expectations would be clear to a prospective applicant, particularly in terms of research and scholarship requirements.

Lectureships with a professional focus, including the SQE and clinic roles, were clearly defined, requiring experienced practitioners (Bristol, Manchester Metropolitan) to support legal clinics and/or SQE focused modules. Similarly, more traditional ‘Teaching and Research’ roles, mostly, but not exclusively, at pre-1992 institutions, provided some clarity on research expectations, requiring “research excellence”, “leading research” in the specified area, with one requiring a minimum of two 3* publications for REF purposes as assessed by the School (Aberdeen). Here at Sussex, the roles were listed as on the ‘Teaching and Research academic pathway’, with Sussex being the only institution to indicate distinct pathways.

For many institutions, however, the roles were not clearly defined, particularly where scholarship and pedagogical research were mentioned. Through the lens of our project, we inferred that these roles, although not labelled as such, were essentially ‘Teaching and Scholarship’ roles, with more of a focus on teaching and pedagogy, than subject-specific research. However, from the perspective of an early career academic, particularly those who have recently completed their doctorate and are seeking a first academic post, this lack of clarity could be a barrier, both to applying and securing the role. Even if successful, they may find establishing their identity as an academic challenging if, for example, they had expected to develop their doctoral research, but were instead expected to focus on pedagogy. This issue was raised in our focus group and is one we are keen to explore further in the wider project.

We invited all of the Law School faculty (65) and, unsurprisingly, given the challenges of the year, take up was low. Seven faculty members participated in the focus group, including two on research contracts, one of whom had moved from an E&S role, and two who had moved from research to E&S contracts. Two of the participants had recently completed PhDs and the implications of the scholarship requirement were particularly important to them.

Preliminary Findings from the Focus Group

Even within our small group of participants we had a diverse group of people with different motivations for being on a particular pathway. For those on the E&S contract, some thought it meant more teaching and less research. For another it was a way to get their first academic job following their PhD – but this created a problem as they were not clear how or whether they could continue their disciplinary research. This raises an important question for those designing these contracts, which was raised by one of our participants – who are these contracts for?

Perceptions of the role

Participants had different views about what the role was for. For some, it was about a focus on pedagogy and students. Others saw it as being the same as a teaching fellow but with a change of title. Some participants also said their view of the role had changed over time.

One of the findings which came through strongly was a lack of clarity about what scholarship means. This has been identified in earlier studies (Fanganel et al, 2015) and in other contexts, such as in Business schools (Smith & Walker, 2021). There was particular confusion over whether disciplinary research ‘counts’ for those on an E&S contract.  Another example of the lack of shared understanding was whether writing or updating a textbook would count as scholarship, with participants reporting on receiving conflicting advice.

Transitioning between contracts emerged as a source of anxiety, with some participants worrying about the potential consequences on their careers and wrestling with the decision for a long time. One fear was how/whether the E&S role would be recognised by other institutions. This issue is made worse by the lack of consistency we identified in the job descriptions in our job market survey. Switching career track was therefore seen as taking a risk. The group identified a lack of support for those transitioning between contracts.

There was a lack of consensus amongst our participants about whether it was easier or harder to get promoted on this route compared to a T&R route. Given that this is a new track within the university, it will be interesting to monitor this going forward.

Participants acknowledged and welcomed the intention at Sussex to better recognise the contribution of colleagues on E&S contracts. There was disagreement in the group about whether or not parity of esteem had been achieved compared to T&R contracts. One of those new to Sussex, and to academia, for example said they had not experienced any parity of esteem issues whilst another drew attention to disparity in terms of marking allocations.

Identity as an academic

This seemed to be a particular issue for those who have moved between pathways. One participant described ‘starting over’ and needing to ‘reinvent myself’. They also felt it was harder to have a clear identity as an E&S lecturer compared to a T&R lecturer. One participant talked about having to start from scratch and how the limitations on what they could research as an E&S lecturer meant they could not do ‘my…stuff’ anymore. This lack of control and purpose could have implications for law teachers’ wellbeing (Wilson & Strevens, 2018).

We will be developing our analysis and recommendations in our full paper but some initial observations were:

As we continue our research, we look forward to proposing some formal recommendations to our university and to working with colleagues at other institutions to improve understanding of the issues and how they can be tackled. Our initial research indicates that addressing the challenges will benefit those on the pathway, their institutions and the HE sector more widely.